For two days, on May 8th and 9th, professionals, survivors and activists of different genders and from 11 countries met in Frankfurt am Main for the first „Genital Autonomy“ conference in Germany to discuss in depth various aspects of genital surgery and the genital integrity and autonomy of boys, girls and intersex people, and to establish new networks.

Speakers and participants from Germany, Austria, Switzerland, Denmark, France, Great Britain, Finland, Turkey, the USA, Canada and Iran exchanged their views on „Genital Autonomy: Myths and Multiple Standards“ on May 8th and 9th at the Haus der Jugend in Frankfurt. During the conference, the basic principle became clear: Ethics are universal and, therefore, the right to genital autonomy cannot be differentiated by the age, gender, religion or culture of the person concerned. 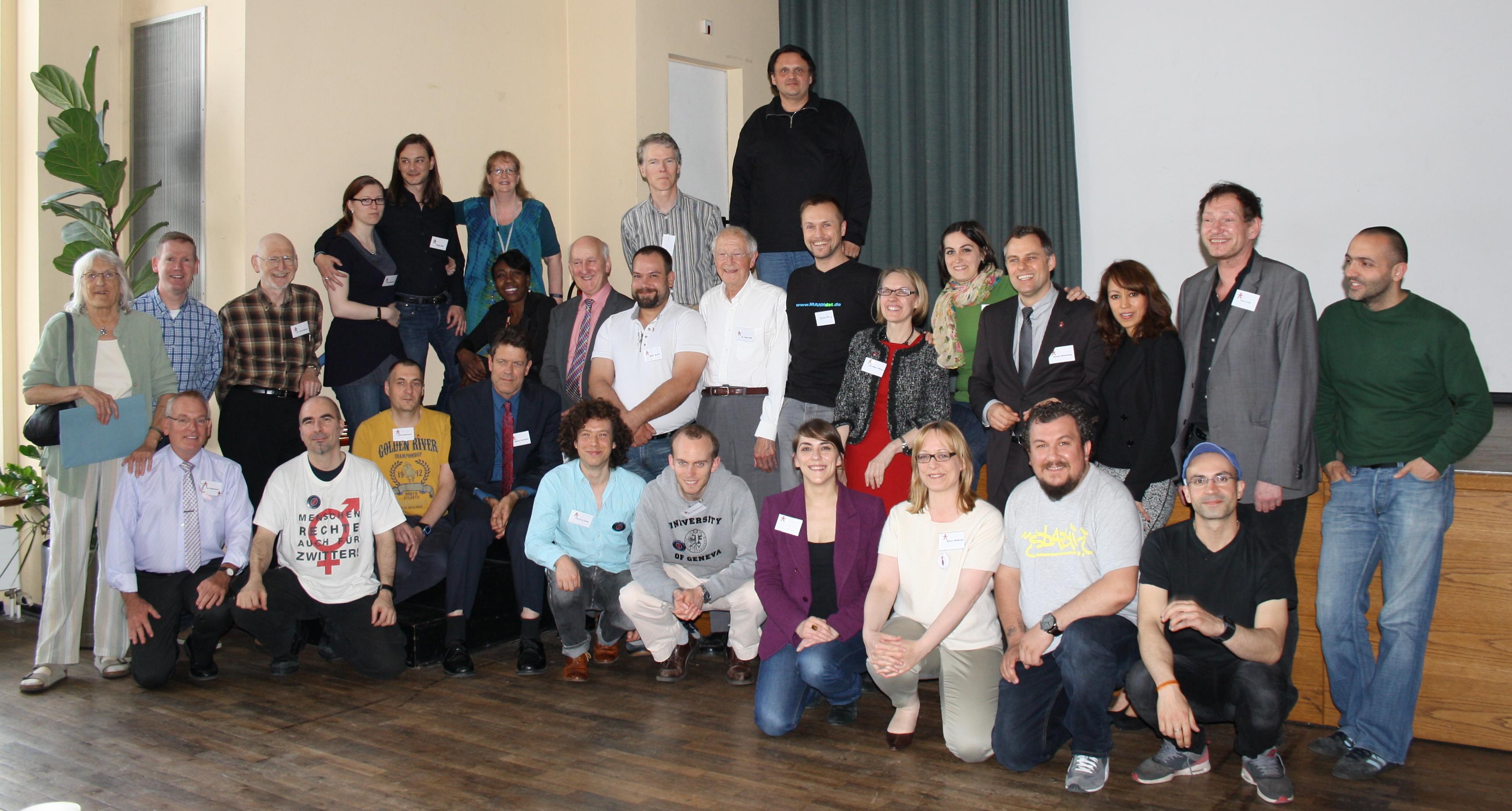 Some of the speakers and participants
of the Genital Autonomy conference in Frankfurt am Main.

Jewish speaker Shemuel Garber explained the interdependence of cultural, religious and medical justifications for male circumcision from the perspective of an American Jew. He clearly rejected the accusation of anti-Semitism that is frequently made against activists for genital autonomy of boys and stressed that Jews are, in fact, prominently represented in the movement.

Turkish author Kaan Göktaş refuted the legitimation of foreskin amputation in Islam. According to him, it is neither demanded by the Koran nor is there evidence that Mohammed or his early followers and descendants underwent circumcision. Moreover, in light of the fact that there are Sura in which body modifications are called sinful, he believes that the hadiths about circumcision weren’t added until later.

Dr. Michel Garenne from the epidemiological Institut Pasteur in Paris pointed out that there is demographic evidence that foreskin amputation has no effect on HIV infection incidence. The HIV rates do not differ significantly between populations which practice circumcision and others which don’t. For other interventions, such as a Cholera vaccine, a similar body of evidence was not sufficient for a recommendation by the WHO.

Susana Rocha Teixeira (Terre des Femmes) pointed out that in the fight against female genital mutilation, the affected cultures should not be „othered“ and that the trend towards genital cosmetic surgery in industrialized countries should be addressed as well. Following the presentation of British psychologist Dr. Ann-Marie Wilson, it was discussed whether female genital mutilation can be effectively combated without simultaneously taking action against male genital mutilation, since both practices are driven by the same psychosocial mechanisms and violate the same ethical principles.

On the subject of intersexuality, the movie „Intersexion“ provided a touching moment, in particular with the statement by Hida Viloria that it was the greatest gift of her parents not to „normalize“ her surgically after birth. Franco-German scientist Simon Zobel emphasized the variations in gender affiliation and in the shape of human genitalia. Given this, the differentiation of the right to genital autonomy by gender seemed even more untenable and indeed absurd.

The undisputed highlight of the conference was the presentation of Mina Ahadi (Central Council of Ex-Muslims), though. Her dedicated advocacy for the genital integrity of boys and girls in cultural groups influenced by Islam and her courageous work in general were celebrated with standing ovations. 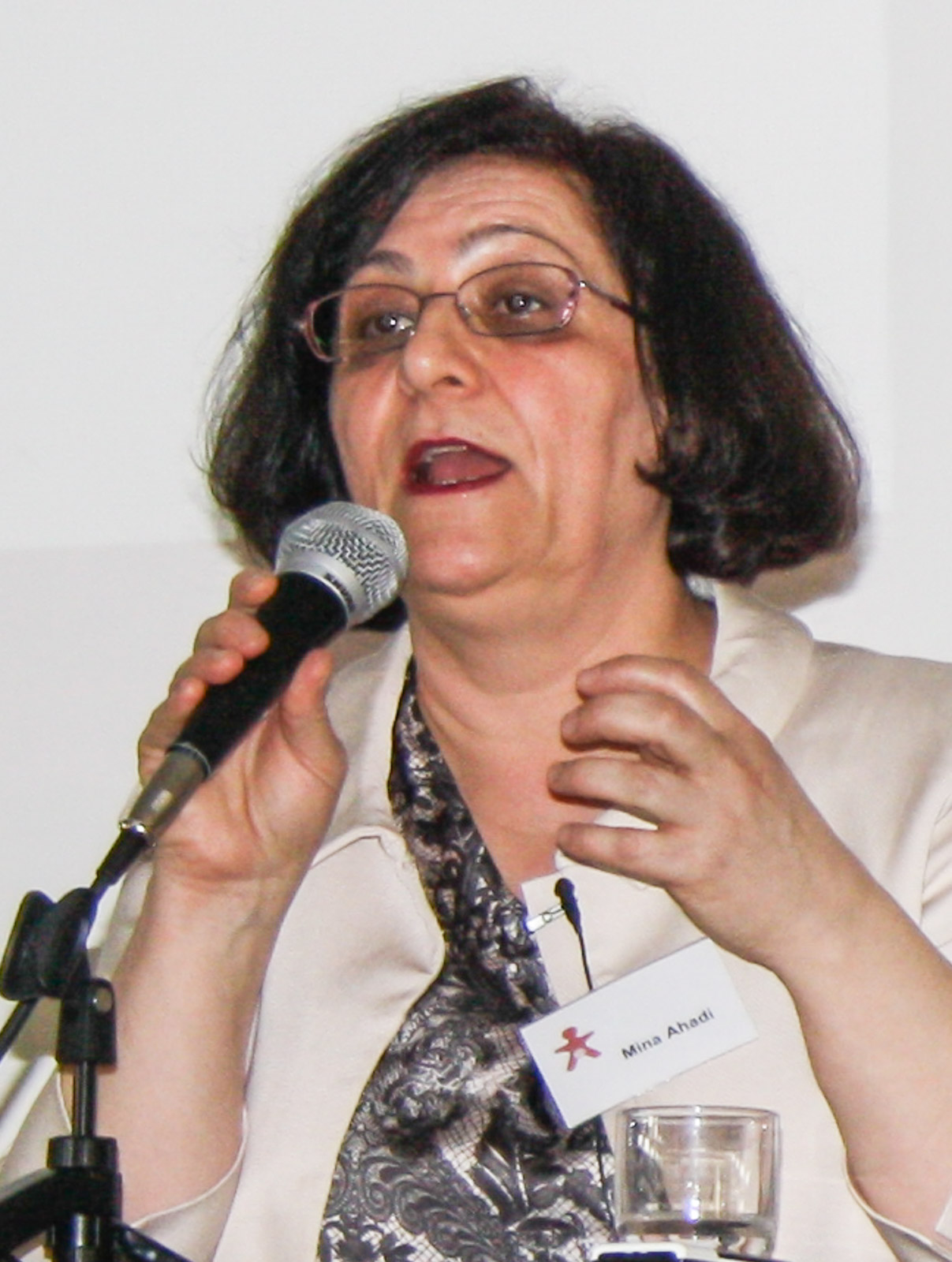 Mina Ahadi, president of the Central Council of Ex-Muslims
of Iranian descent, during her celebrated speech.